Our Whakapapa, Our Story

Stand strong, O moko. The reflection of your parents. The blueprint of your ancestors 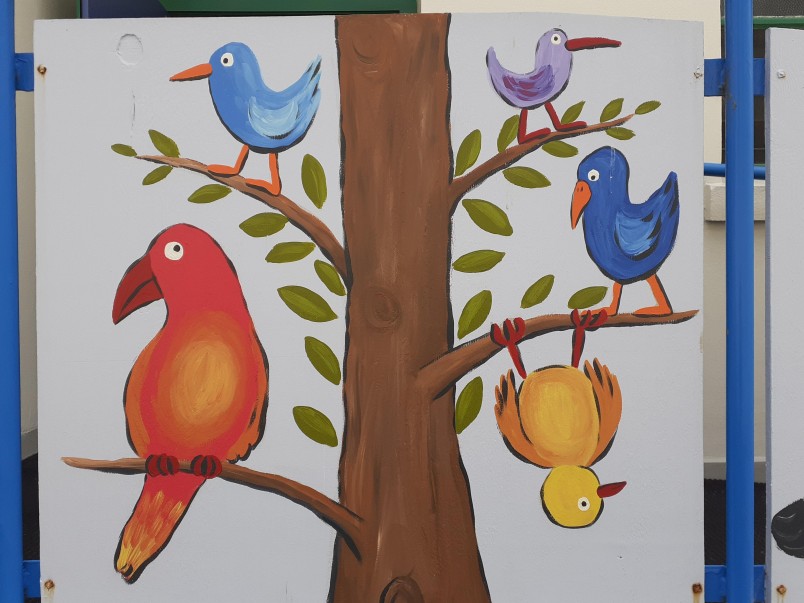 "In 1971 Dr Patrician Buckfield (Paediatrician) organised a study which attempted to integrate the physiotherapy treatment of children with physical disabilities (under 3 years of age) with that of the preschool teacher in a play programme.

Concern was felt that although these children's lives were saved, there was really very little help available to the parents in terms of practical ways of helping their children to reach their potential.

There were facilities available to the child from 5 years of age through the Education Department, and from the age of 3 years through the S.I.H Society and the Crippled Children’s Society. A correspondence programme was available in country areas.

At first the emphasis was very much on the physical abnormalities and the integration of physiotherapy into play, but we quickly came to realise that the issues were not as clear cut and that the child’s needs were not physical alone but included intellectual, social and emotional factors and that the parent’s needs were at least as great as their child's.

As the clinic has gone on it has widened in its concept so that now Paediatricians are referring children with developmental delays, children cognitive delays, and children who are in challenging environments.

In working with children and parents at the clinic, we try to have close relationships with other professionals such as Paediatricians, Social Workers, Speech Therapists, Psychologists, District and Plunket Nurses, who may be involved with the family.

Close parent-therapist relationships are needed so that goals can be set for the child mutually. Continuity of the same therapist builds trust and a good working relationship.

One of the most important features of the clinic is to try to present a relaxed and friendly atmosphere where the parent does not feel on trial. No white coats are worn by staff and the play area is bright and informal."

The Centre’s first home was in the Physiotherapy Building in a room under the stairs. The Centre staff included a Physiotherapist and an early Childhood Teacher, and a service was provided 2 days per week. When another teacher was required, this role was voluntary until funding was sourced from the Lions. Centre staff spent many evenings talking to groups and spreading the message of what the Centre did.

It then moved into the Old Bowling Green and was named after Miss Vera Hayward in recognition of her many years of work as a Field Worker for the Crippled Children's Society (now CCS Disability Action).

In 1974, The Vera Hayward Clinic for Special Children was opened. 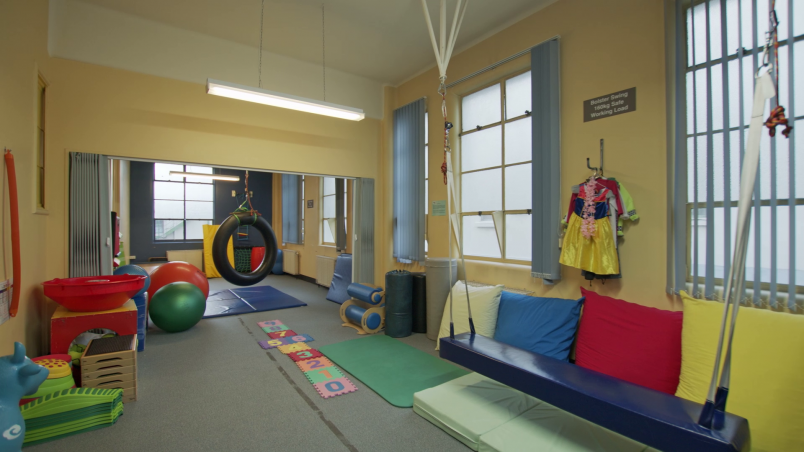 NOW: OT room in the Vera Hayward Centre, located in the Fraser Building. 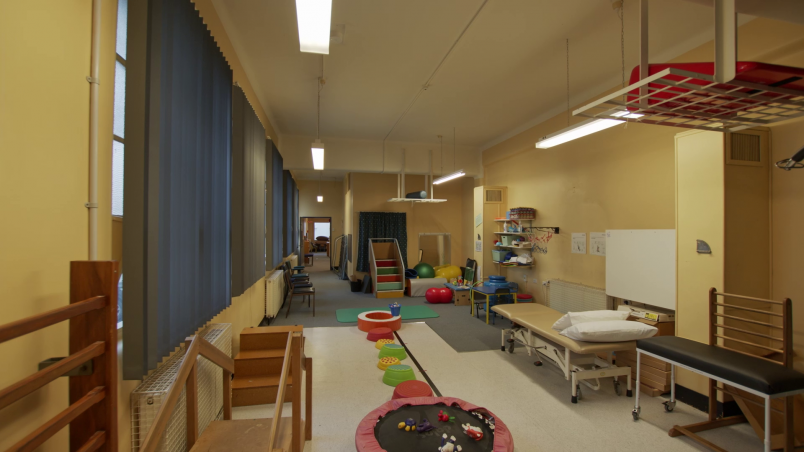 NOW: Photo of the new Physiotherapy room, located in the Fraser Building. 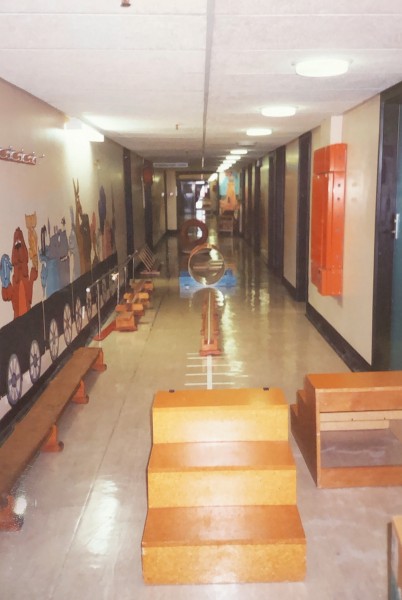 THEN: Physiotherapy in action in the hallway of the Vera Hayward Centre, lower ground floor of the Children's Pavillion.