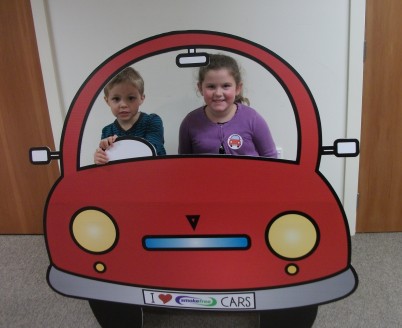 Children are at greater risk of becoming ill when exposed to tobacco smoke because they have smaller airways, breathe faster and do not have a fully developed immune system.  There is an increased risk of developing asthma and other respiratory problems and they are more susceptible to glue ear which can lead to learning difficulties and even deafness.

Children are often not able to get away from the smoke in your car.  Opening or winding down the window will not remove all of the poisons in second-hand smoke.  The poisons will linger long after the smoke and smell have disappeared.  Ask your family and whānau to support you by not smoking in your car and home.

Find out more about second-hand smoke

The Southern District Health Board Pēpi-Pod Programme aims to reduce the rates of Sudden Unexpected Death in Infancy and encourage the spread of safe sleep messages.

The Pēpi-Pod is a portable sleep space for babies who are most at risk of Sudden Unexpected Death in Infancy and provides protection from accidental suffocation in places such as adult beds, couches and other places where your baby may be sleeping.

Find out more about Pepi pods